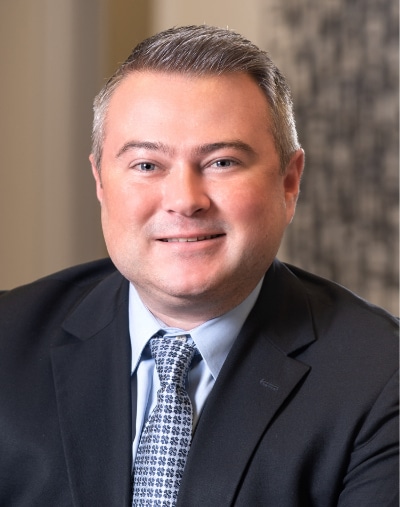 Nick Hillyard is an attorney dedicated to fighting for the best possible results for his clients.

During the first 15 years of his career, Nick primarily represented insurance companies and their insureds, defending claims against them arising from personal injury. He now uses that background to ensure a full and timely recovery for the accident victims he represents. When that requires trial, Nick is an aggressive advocate in the courtroom.

He has tried cases to favorable jury verdicts for his clients in courts across the states of Missouri and Kansas and successfully argued before the Missouri Court of Appeals.

Due to this success, he has been recognized by Thomson Reuters’ Super Lawyers publication as a “Rising Star Super Lawyer” in the states of Missouri and Kansas.